Showing posts from May, 2006
Show All 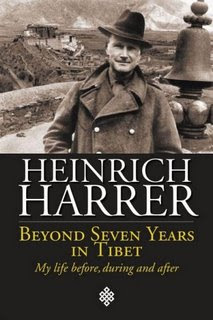 News from Lakesman Tim Carruthers that his translated autobio. of Heinrich Harrer is nearly ready, hopefully October. Looking forward to it Tim... Book Description The first publication in the English language of the autobiography of one of the worldâ€™s most well known adventurers: Heinrich Harrer who died early in 2006. Best known in book circles for his bestsellers Seven Years in Tibet (1953) and The White Spider (1958), this book brings to life those and his many other adventures. Heinrich Harrer, traveller, explorer and mountaineer led one of the most extraordinary lives of the twentieth century. He famously spent Seven Years in Tibet (made into the film in 1997 starring Brad Pitt as Harrer himself) and was tutor, mentor and a lifelong friend of the Dalai Lama. He made the first ascent of the notorious North Face of the Eiger in 1938 (told in his book The White Spider). The Eigerwand had been a scene of carnage in the years preceding Harrerâ€™s success - an achievement partly
Read more 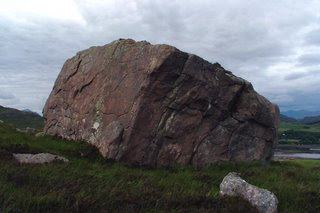 Tony Simpson and Mike Adams were on tour in Scotland and claimed a few new lines at the Applecross boulders. They climbed the wee hanging groove on the downhill face of the Kishorn Stone, at about Font 7b V8 - very hard without a cheat-stone! Mike Adams also found a solution to the big project on the Russell Boulder. Says Tony: Mike (after some persuasion that he could pull on) did the undercut project, heading left from the undercuts then back right at around Font 7c+ / V10. I failed to do this due a bad finger injury but was trying the direct undercuts to flake/edge (Lh) small crimp (Rh) then flat edge (Rh) (seemed clean but very hard maybe V11 Font 8a) There are fine hard problems from the lads and well done to them for persevering and sampling the delights of the North West.
Read more

New Kid on the Block! 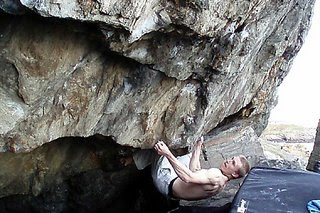 Kayla , Tim Rankin's V11/12 at Portlethen (the hardest line out of The Pit), has been reglued and reclimbed by local 19 year old Luke Fairweather. Luke has only been bouldering a year and a half and is already in the otherworldly bracket of Font 8a and above - this is a desperate problem and rated by Tim Rankin as his hardest, and Tim has put up some hard Font 7b's and 7c's, and he rates this as the pinnacle of his Portlethen bouldering. Luke's enthusiasm and dedication has brought him early rewards - let's hope he creates a few classic problems of his own in Scotland while he is here. Dumby is next on the agenda for Luke...
Read more

The Thirlstane has been maintaining its popularity for repeats of Sav's old problems (my God, that sounds dated already, I can still see Paul cranking Font 8a's on the Ibrox wall at will in the 90's, as part of his circuits!) - though the exact sequences and rules for the hard eliminates such as Chinese Democracy and Shrinking Violet remain to be clarified - I would say if it feels easy, you're using an illegal hold! That said, there have been impressive repeats: Tim Carruthers (June 2003, repeating Shrinking Violet and Tied Up and Swallowed) and Tim Rankin on SV earlier this year and just this month Niall McNair completing CD, admittedly finding an 'easier' sequence by using a logical foothold that may have been 'out of bounds' on the original, but just remember how bendy Niall is - a monster rockover or mantel is meat and drink to him - I guess in Font they would call this problem 'morpho'. Well done to Niall! He says: Dropping a line to let
Read more
More posts