Showing posts from April, 2017
Show All

Fakes and Archaeology - the Whitehill 'runes' 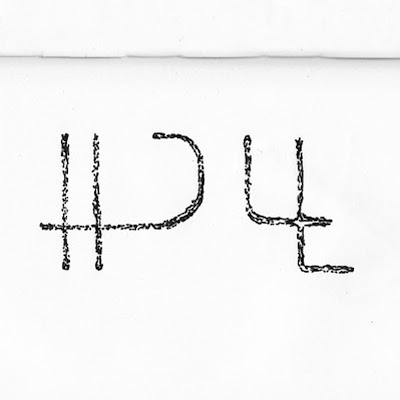 Sketch of fake (?) runes, Whitehill, 2011 The Whitehill 'runes' - real or fake, it matters ... The danger with fakes, if they are done well, is that they legitimise every construct built upon them. Any archaeology, but especially one with faded logics and contexts, is susceptible to imagination. A few years ago I found this petroglyph beside a grouping of cup and ring marks in the sandstone outcrops of Cochno Hill on the Clyde, and it recently surfaced in my memory as the nearby  Cochno Stone was briefly unearthed  for laser scanning, (which Ludovic Mann 'matrixed' with a grid in the 1930s to force on it his interpretation of astrological significance to the ancient markings). The sandstone outcrops of the Kilpatrick Hills have long been known for their remarkable collections of rock art such as the said Cochno Stone, Whitehill, Craigmaddie, Auchentorlie (Greenland Quarry), but the Clyde is also no stranger to fakery and the persistence of human
Read more
More posts