Showing posts from December, 2005
Show All 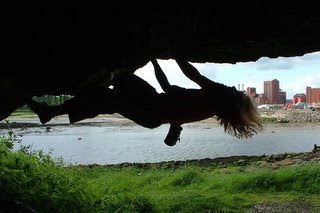 This year has seen a continued exploration of Scotland's vast bouldering potential, with many new venues and ascents from a growing critical mass of boulderers. The sheer remoteness of some venues has meant repeats will be slow in coming, but these are some of the most impressive confirmed bouldering ascents of the year. February at Dumby and Dave MacLeod has been busy on the rocks, with the first major ascent of the year: 'Smokescreen' V12. He describes it thus: â€œThe second big project to go in the Firestarter cave. Start just left of the flat lip jug with both hands in a good slot. Levitate up and slightly left on atrocious glassy slopers until it is possible to make a technical slap right to a tiny ripple on a smooth ramp. Go again for the High Flyer jug and finish up this. devious and technical with a backbreaking landing. Hardest bloc at Dumby in Feb 2005.â€� Dave MacLeod on The Perfect Crime V13 March 2005, Dumbarton. An invigorated Dave Macleod climbs the l
Read more 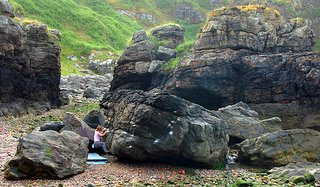 Thanks to Stuart Stronach for pics of an exciting new venue: Muchalls Shore, south of Portlethen. Stuart reports: Thankyou Mister Limpet V1 "Itâ€™s a few miles south of Portlethen â€“ a broad pebbly beach with assorted boulders, craglets and pinnacles that now offers nearly 100 problems, mostly very easy but with a few up to V5. As such, it will hopefully attract those who find the Portlethen circuit a little too intense, and/or those new to bouldering. The mostly friendly landings also make a pleasant change from the boulders and rocks on other coastal spots. That said, there are a few problems which require a â€˜shallow water soloingâ€™ mentality, including Chris Fryerâ€™s Smile Around the Face. Smile Around the Face V2 Downsides? Well, itâ€™s more tidal than Portlethen, so barnacles can be a problem when the tide is out, and the problems are spread out over a larger area. Potential for more problems? The area immediately north of the current dev
Read more 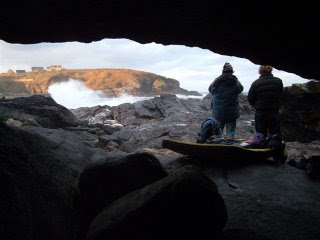 Port Nis - pic by Helen Suzanne The winter solstice, 6 hours of daylight, the sun skimming low over a watery horizon, driven by a Hebridean wind. The rain lashes the window like sand and the wind hokes in the chimneys looking for something lost... it was only to be expected on a winter bouldering trip to Lewis. The land here is romantically bleak and skirted with a coastal fringe of hardbitten gneiss: veins of ancient colour run through it and everything has shape in it, like frozen creatures in the midst of some weird metamorphosis. The old myths of being turned to stone if you look back are evident everywhere on this howling coastline. A museum of rock where the pinnacles, the waves of rock, the faces in stone, the tortured headlands, exhibit the faces of a previous life beyond all memory. This is where the old Gaelic stories are born out of the exposed stones and given the cloth of meaning. Good people live h
Read more 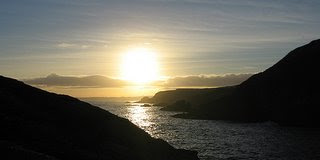 Some winter afternoons in Scotland repay persistence. Driving around lost in a warren of roads and dead-end villages. A rumour of fine new rock , good landings, perfect sea-swirl schist, veins of gold movement... Tim Rankin has been extending the Aberdeen bouldering scene south along the sea cliffs of Portlethen, adding about 40 problems and his hardest to date at about V11. Gold Rush V5 Unsure of the precise location, I kept bashing along the coves and platforms until it became obvious where the bouldering was to be had - sun-drenched walls of gold-quartzed schist, solitude and a breathing ocean. With the sun sinking like a slow flare, I pitched the mats and got cranking on a big boulder. The rest was a blur of movement and failure and occasionally success. Yukon Afternoon V3
Read more
More posts