Culbin is an old parish which is now buried under 28 square kilometres of duneland and recent forestry. Sweeping east of Narin and curving in to rise up to its greatest heights above the estuary of the River Findhorn, it is now managed by Forestry Commission Scotland, but it is notable that this is a humanly retrieved territory, planted on a wilderness of sand which swarmed over once-rich arable land in an environmentally chaotic 17th century, leading to the abandonment of the Kinnaird estate.

The key event came in 1694 when farmers abandoned their fields as a sudden westerly sandstorm blew in on an autumn gale during harvest. Within days the marauding sand had buried the bulk of the estate, further diverting the River Findhorn to flood the blocked land. 19th century historical accounts, when the land was still a wilderness of dunes, say the storm was ruthless, ‘sparing neither the hut of the cottar nor the mansion of the laird’. The fields and orchards of the estate were buried, as was the mansion house of Alexander Kinnaird, its chimney finally appearing from the sand a century later. Stories tell of locals spooking themselves with their own echoes when they shouted into the chimney. 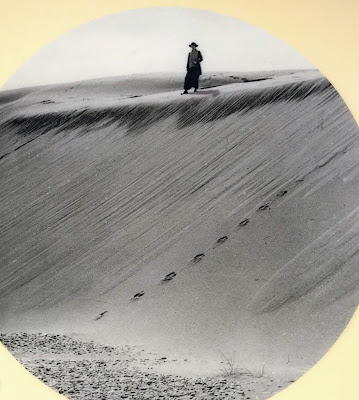 The sand storm of that autumn, and the years hence, was no accident of nature, but a typical and salutary result of hubris mixed with simple desperation. Destabilisation of the older duneland was a slow and inevitable result of human hands: machair turf was ruthlessly stripped for house building; heather and marram uprooted for thatch and bedding. Nairn council banned the practice in the 1660s but evidently this had little effect. This was a time of famine, long winters, rain and wind and failed harvests. 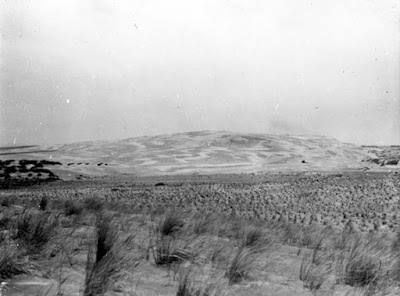 Now Culbin Sands is a quieter place, its echoes muted by the dense forest, the pine needles and moss insulating its historical anguish. The sandy waste, once referred to as ‘Britain’s desert’ and carpeting over 3,500 hectares, is now a fine canopy of Scots Pine, Corsican Pine, and birch (when viewed from the lookout tower of ‘Hilltop 99’). In the nineteenth century a program of stabilisation and reforestation began. By 1900 around 1,200 hectares had been planted, using a stabilising system with marram grass and surface thatching and this continued between the wars. The forest was then felled for the resources required for the Second World War - many of the pine trunks can still be seen embedded in the sand in ‘The Gut’ marshes, to deter the landing of enemy aircraft. The Forestry Commission resumed planting and by the late 1960s there was over 2,500 hectares under plantation. 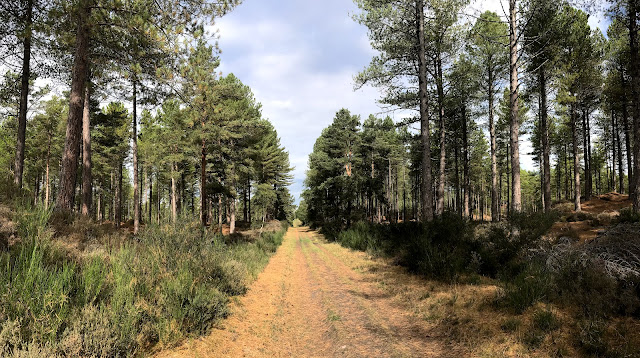 Today, a discreet brown tourist sign for ‘Culbin Sands’ points north from the busy artery of the A96 between Forres and Nairn, and into a vast and unexpected forest. Geometric arable fields, studded with hay bales and rolling combines in September, suddenly abut a dense wall of dark green pines, shielding a curious and cautionary tale of the embedded impact of humans when the climate turns. Something feels odd about stepping into a pine forest swirled and bedded with sand. Biblical warnings come to mind and a quick googling of the history of the place brings up images of a black and white Victoriana of a quite different character: figures photographed stepping up dunes of sand as though post-carded from the Sahara, the odd wisp of marram grass punctuating grand curves and parabolas of nature’s rule of change and mobility. Now, the car-park maps suggest trails through this sandy-footed maze of vertical tree trunks, gridded plots and straight path lines, its crossroads numbered, thankfully so for the wanderer seeking the way home. It is a wilderness of order and easy to lose one’s bearings in its repetition, and the forest hides any sightline and muffles any directional sounds. The old parabolic curves of the historic sand dunes are lost to time amongst the new forestry, but can still be apprehended in parts where small landslips show bellies of ochre sand under a painfully thin skin of pine needle humus.

It is a pleasant and meditative landscape - dragonflies quarter the paths ahead of you, the sea appears suddenly in a firebreak, voices can be heard ghostly-sudden from the invisible trails and lookout tower, and the wind troubles the canopy with the whisper of memories. Perhaps a voice from the past best gives the sense of place:

'The wind comes rushing down through the openings between the hills, carrying with it immense torrents of sand, with a force and violence almost overpowering. Clouds of dust are raised from the tops of the mounds and are whirled about in the wildest confusion and fall with the force of hail. Nothing can be seen but sand above, sand below and sand everywhere. You dare not open your eyes but must grope your way about as if blindfolded.' 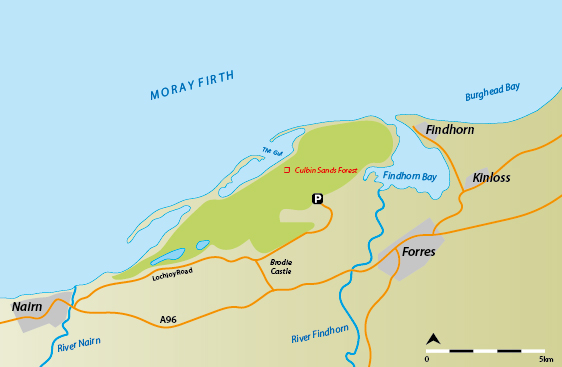