An Eye for a Stone 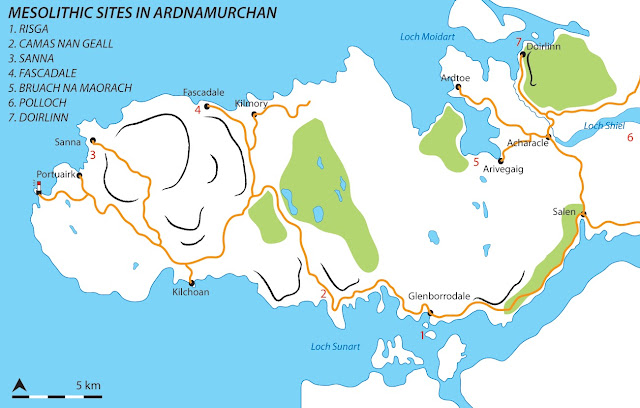 The finding of a hand-axe, a flint arrow, or any 'lithic artefact' wielded by our ancestors fills the lucky finder with an overwhelming sense of awe and often a rarely experienced emotion of kinship mixed with the vertigo of time. It overwhelms feelings of territory and colony, much like the astronauts report on first viewing our little blue planet from space. Even lifting them from academy storage drawers, or gazing at them behind museum glass, they command awe, respect and a light touch. They prefigure everything: survival, craft, art, technology, and we grip in our hand a stone-age hand axe exactly as we would an iPhone. 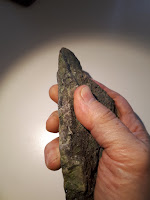 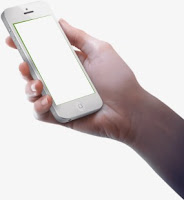 The first people to arrive in Scotland after the intermittent Palaeolithic ice ages crossed into Britain across land bridges from Europe, or simply followed the coastlines up the east and west in simple seacraft, chasing rich and uninhabited territories that had recovered an unexploited flora and fauna after the ice ages. The end of the last major ice age - the Younger Dryas ice age - came around 10,000 BCE and heralded our current geological epoch called the Holocene. Its first human presence saw the Mesolithic culture spread throughout Britain into the Boreal period, based on a nomadic temperament and seasonal hunting and gathering as the weather improved and summer seasons saw animals and plants flourish in a new landscape.

Ardnamurchan is the most westerly peninsula on the British mainland, surrounded by an archipelago of small isles such as Coll, Muck, Rum and Eigg, and the larger mass of Mull. The deep penetration of sea lochs of Loch Linnhe, Loch Sunart and Loch Moidart (with the now fresh-water Loch Shiel which would then have been a sea loch) isolate these peninsulas and create a fractal land fringe that is far better accessed by small boat than by impenetrable coastal forests and bog-mired flats or 'moine' in Gaelic. Morvern, Ardnamurchan, Morvern and Moidart are isolated geologies that became home to our Mesolithic ancestors after the retreat of the glaciers as they melted slowly under the ingress of swelling seas. As the sea lochs encroached the people began to arrive, with an adventurous paddling spirit - a nomadic hunting people utilising small seacraft, taking advantage of an unexploited fauna to be discovered at the foot of estuaries and on islands such as Risga. In Ardnamurchan, confirmed Mesolithic sites have been discovered on Risga, and at the bay sites Camas nan Geall, Fascadale and Sanna, with outlier shell midden sites in Moidart such as Bruach na Maorach in Kentra Bay, and Loch Doilet at Polloch.

One area that always struck me as a possible contender for a summer camp in these ages would have been the shell-rich estuary of Loch Shiel where the river currently exits through a narrow gorge into Loch Moidart (beside Castle Tioram). The steep loch sides are crenellated with schist and psammite crags, providing many natural rock shelters and elevated positions above a river which would have provided not only shellfish but a narrow outlet for trapping salmon. The boulder-strewn oak, birch, hazel, and pine woodlands sheltered elk, wild cattle, red deer, wolf, bear, lynx and wild boar, but with enough natural cover enough to surprise or ambush them. Small hunting parties would have touched the same rocks modern climbers enjoy, to peek round and over boulders, leaning out slowly to motion others into position, wind in their faces, treading softly through an environment as yet unhindered by Rhododendron screens. The boulder-fields also provide natural rock shelters and camp caves, close enough to the shore (then around 10m higher than today's levels) to carry up a haul of shellfish for an evening meal. The remains of these create small middens of discarded seashells and and early stone versions of hand axes, scrapers and improvised oyster shucks which litter the floor of rock shelters and caves. 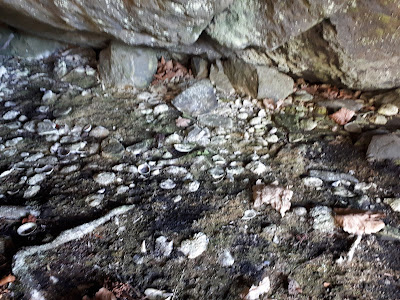 Loch Sunart is a key site in archaeology circles with the most significant dig unearthing a mesolithic camp and midden on Risga, suggesting people moved into this area fairly rapidly after the ice age retreated. The fact that large swathes of it missed the worst of glaciation and likely saw the seas flood in first allowed a rich fauna to spread up the coasts, with the high ground still under snow and ice. The local schist geology (outside of the volcanic Ardnamurchan gabbro areas), is sometimes a marbled and quartzed psammite, and is very amenable to being split into quartz-edged tools for immediate use. The well-documented mesolithic community on Rum also quarried the famous 'bloodstone' which has been documented at these sites suggesting an archipelago of communities or families and perhaps an element of trading. However, the local geology is just good enough for tools: the pebbles and flakes of quartz found on the shore would do as limpet-hammers and scrapers, so having an environment which doubles as a tool-shed makes the area attractive for settlers. The rich woodland and hazel groves provide fauna and fruits for a hunter gatherer's eye.

Handling a stone hand-axe or scraper, you notice a few key practical things that are not apparent in photos or diagrams - these are the physical keys to the artefact, comprising a mixture of heft, balance, ergonomic design and often ambidextrousness or at least reversibility should an edge break. The axe I hold has a sharp quartz edge on three edges, all planed by a keen eye for the strike of the geology they are handling. The stone has been struck to produce a three-sided longitudinal pyramid, slightly flattened so it settles in either palm. The right hand holds the artefact comfortably with the leading directional forefinger perfectly cupping a niche at the top of the axe, allowing a directional finesse to any scraping or cutting required. Swap the axe into the other hand, reversed on its axis and the left hand has an alternative edge, with much the same balance. This tool may not have been used much before being discarded - the quartz edges aren't too worn, but are very sharp, like a new kitchen knife, whilst other edges have a light patina from wear. The axe was likely set down one day and the owner never came back, or moved elsewhere, and never came back, finding a new geology to shape and strike to the uses of the day.

To a climber, the handling of the geology, the feel of the stone, is key to the art of technique. The technique of climbing is always embedded in the stone, the way some say a surfing line lies in the weft of the wave, and for the heart of the climb the stone's potential lies in the way it demands being handled. Too juggy and straightforward and we move upward without much thought. Deviously curved, subtly featured and counter-planed and we find a dance in the stone that leaves us satisfied and thrilled, resolving questions hidden in the geology. We don't of course advocate chipping of holds, though it is interesting to watch indoor resin holds being designed this way - chipping away at a foam mould may be the climber's equivalent of chipping a hand-axe. To the wilderness boulderer perhap what we find in situ, what we star as excellence, are the same qualities a stone-age hunter may have valued: the way the stone fits in the hand; the directionality of the edge; the ergonomic mix of hand and foot-hold as our body moves through the shapes required. The friction of the sedimentary stone, heavily compacted into a pleasant gripping texture on the skin, necessitates a balance of the body for upward movement without falling, perhaps like the strike of a mesolithic hand as it shapes a strike on the substrate, finding the shape of the tool within. I think of the hunter who squatted in this cave, and myself picking up the tool, separated by 10,000 years, not so very different, both with an eye for a stone, awaiting its movement and utility. 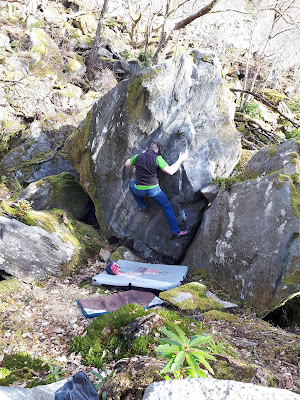