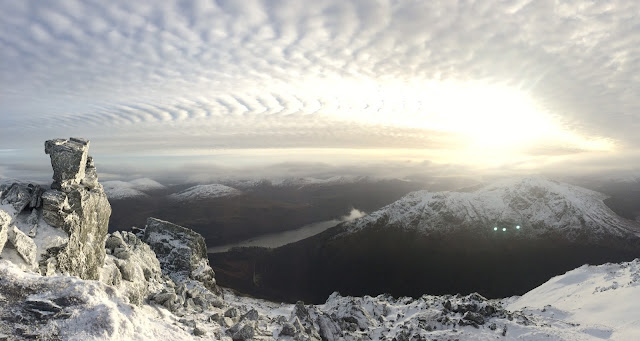 I was walking uphill wondering what sticks, what's in a name, why do they change, does the landscape care, who are the caretakers of a place-name? We might just be flecks of mica flashing briefly on a sun-struck pebble in the streams, but names are important to us in our brief mappings of our landscapes. Our human territories are marked by names, sign-postings, marker boulders, paths and cairns, amongst other structures, both textual and physical. 'The Cobbler' mountain - Arrochar's finest and most distinctive peak - is a curious example of the fluidity of naming the landscape; of confusion, habit, fashion, politics, class, and misinformation.

The confusion starts even with the parish name of Arrochar. Ben Humble, in his his 1960 pamphlet Arrochar and District: A Complete Guide, states that "...Arrochar is a curiosity as it is taken to be from a Latin term aratrum meaning plough once used as a land measure indicating the amount of land which could be ploughed by one man in a season." This gives a clue, but isn't quite correct. 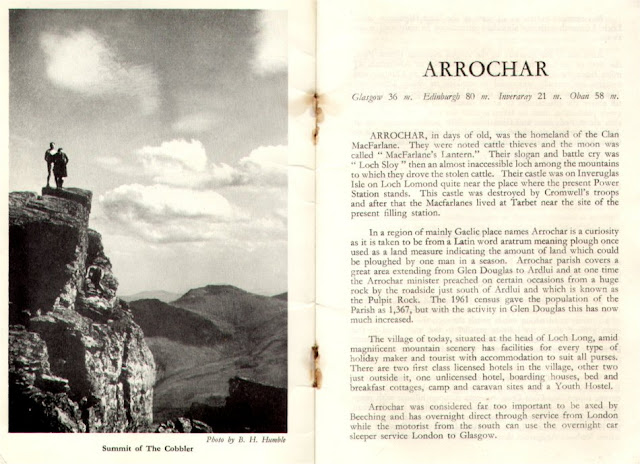 Would the Britons and Gaels have adopted such a foreign Latin term, would they not have had their own? It doesn't sound like the modern day 'Arrochar' which has a Gaelic guttural roll which seems a stretch from the clean syllables of 'aratrum'. This sounds more like a Chinese whisper. Other online sources say 'Arrochar' derives from the Gaelic 'Ard tir', meaning the high land, or the land on the East. Intriguing, but not quite there. A better hypothesis is that it derives from the Gaelic 'arachor', which was the name for an old Scottish measurement for an area of land measuring 104 acres. The old English term 'acre' is also aurally close (as a measure of tillable land), and closer still is the Old Norse 'Akr'. The Vikings certainly knew the area, having portaged their ships from Loch Long to Loch Lomond on a raiding party during King Hakon's doomed war campaign which ended at Largs in 1263.

Possibly, at a stretch, the old Latin 'aratrum' could be obscurely linked to the later anglicisation of Ben Arthur (another name for The Cobbler), but this is probably a fantasy. Geoffrey Barrow, renowned Scottish medieval scholar, notes in 2003: “Lennox is well-known to have been the home of the arachor, a word fittingly preserved in the name of the village of Arrochar ... Like carucate, arachor has an obvious etymological connection with ploughing, and the texts leave no doubt that arachor was in fact a Gaelic term for ploughgate.” Barrow notes other examples that arachor was a Gaelic term for ploughing, quoting, "three quarters of land of Akeacloy nether, which in Scotch is called Arachor". It sounds very close to the Old Norse Akr, or the Germaninc Aecer (acre of land).

An t-Àrar or An Tairbeart Iar  - this 2003 source (Mac an Tàilleir) says: “The English and first Gaelic names are obscure but may be related to the name, Ben Arthur. The second Gaelic name is “the west isthmus", comparing it to Tarbert on Loch Lomond.” A closer glottal Anglicization from the Gaelic might thus make sense: An t-Àrar  as an ellipsis of An Tairbeart Iar, but likely more closely is the derivation from from An t-Àrchar (the ploughing/sowing place), which makes topographical sense due to the flat acres of fertile land squeezed in at the bottom of Glen Loin.

So to The Cobbler, which has been named Ben Arthur on generations of OS maps. Ben Arthur seems naturally to be an Anglicization from an older 'Ben an t-Àrar' (Hill of the western isthmus) which might have been favoured by English-speaking cartographers. Timothy Pont, who misheard many names on his travels (being a Reformation scholar and very much a non-Gaelic speaker) favours Àrchair: his c. 1591 Pont map 17 gives Suy archire, which could be Suidhe Àrchair (Arthur's Seat?). To get to 'Arthur'  we must look to a 1926 source (Watson), who in a naturally post-Romantic period believed it was Beinn Artair, after King Arthur, a figure always wistfully linked to the Highlands. Ben Arthur may also have come from Beinn artaich, (stony mountain), via the same route of English ears hearing the romantic name 'Arthur' in place of 'Artaich'.

The Cobbler has become more popular in the 20th century due to the natural Last-like features of this horned mountain. And popular names, in a popular era of tourism and hill-walking, tend to stick, with publishers, map-makers and tourist companies favouring a feature-based mentality to touring (such as Denecourt's 19th century rock-featured trails in the forest of Fontainebleau). The Cobbler may also possibly come from gobhlach, meaning forked, with English pronouncing the plosive 'b' sound (a bit like hearing 'cobbla'). But this would assume a written source on an early map being misconstrued and transmogrified, for in Gaelic speech 'gobhlach' is a lot softer. In a text ‘Local Scenery and Manners’ by John Stoddart (1800) he states that the local people called the peak ‘an greasaiche crom’, ('the crooked cobbler'), and today’s name is thus just a translation.

In reality our toponymical mental map is a palimpsest of Chinese-whispers, half-understood local languages, oral history transmutations, cartography assumptions and the popularity of ruling classes as the landscape is renamed not by those who live there, but by those who come to represent it, especially in the globalised world of landscape and its literature. A local Gaelic farmer who would never have traveled far, nor had the need to, had no other requirement than to be obvious about the landscape in a local sense. Hence the popularity of the name Ben Mor ('the big hill') in Scotland. Why would he have had the need to call a hill anything other than what was relevant to the everyday?  King Arthur would have meant little to him as a mythology.

Ultimately we can't really isolate how place-names change and why, there may be moments when they do, but so many other interpretations and mis-recordings lead to a bit of stew, especially in the written record. Place-names may simply be what's formed when everything is cobbled together into one ... 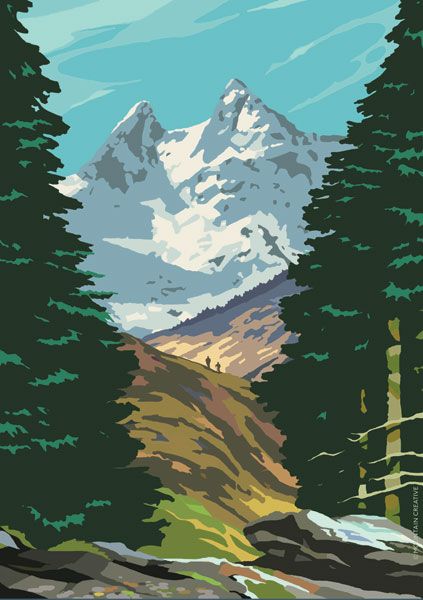