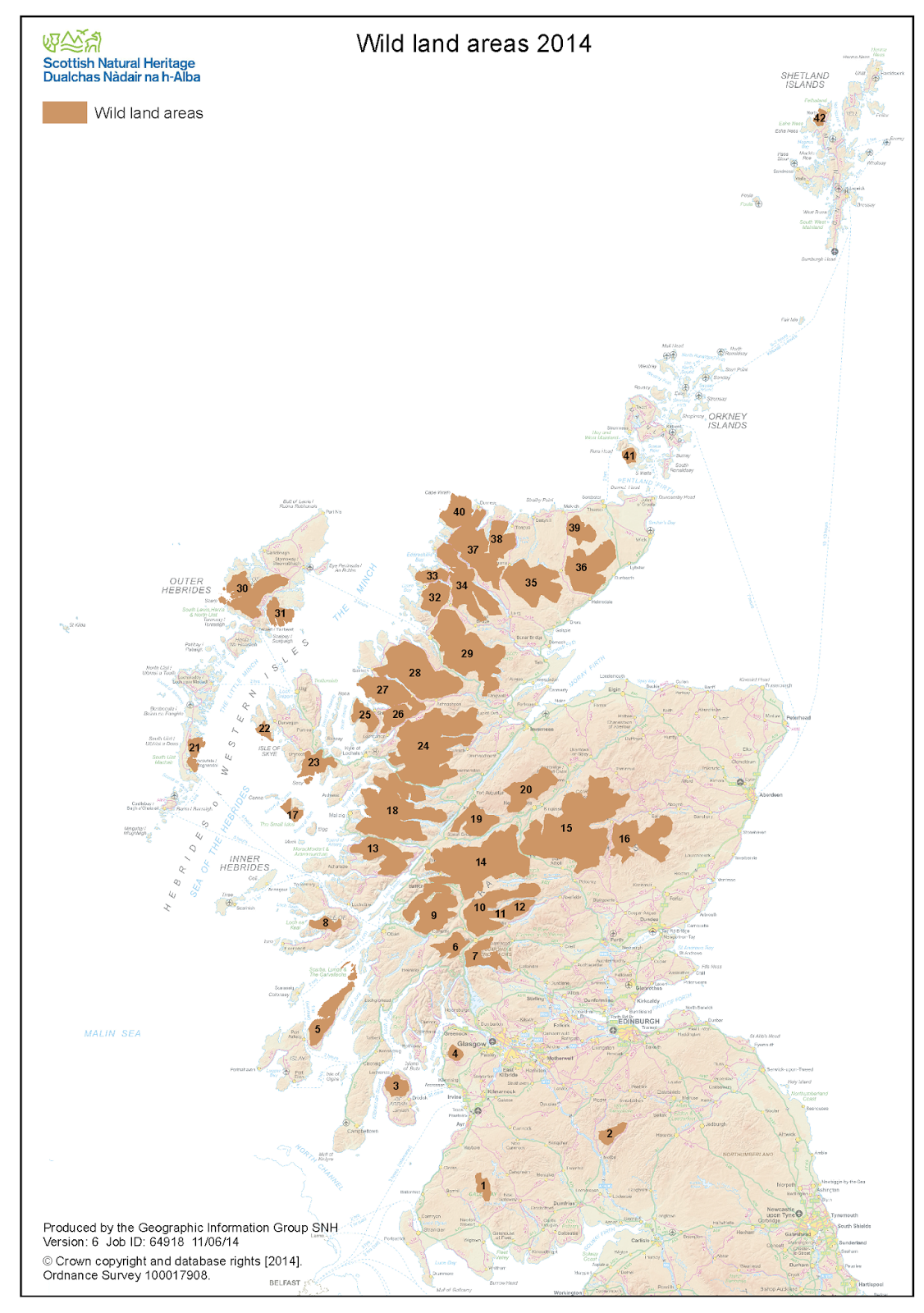 Scottish Natural Heritage has published its 2014 map of Wild Land Areas of Scotland - designated areas of coast, upland and undeveloped land - or 'wilderness' - which should be considered inviolate. Some of the areas are notably under protection via bodies such as National Parks, the John Muir Trust, or the National Trust and other private bodies, but the worrying note is that since the draft map was published in 2013, 0.8% of wild land has been developed (20.3% down to 19.5%). If it continued at that rate we'd have no wild land left by 2039 . . .

The conclusions of the report and mapping were as follows:


I like the fourth point that there s no such thing as a 'core' area of wildness, it either is or isn't wild. However, there are some who may consider the issue of remoteness and wildness much more complex. For example, what about wild urban areas and brownfield sites (landlocked 'waste' land, no matter how small); underwater wildness; community (commons) wildness versus private, estate-managed (landlorded) wildness . . . it's a complex issue but it's welcome seeing SNH producing a map which can be used practically to inform major policy decisions on what we should just leave alone if we can.
landscape Scottish Mountains wilderness