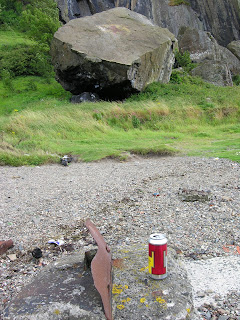 Please come and show your support for Dumby by lending a hand getting the place cleaned up along with the local people of Dumbarton. The idea is to pick up litter and get the place looking a little tidier and maybe do some anti-erosion work below the problems, as well as some other work in tandem with West Dunbartonshire Council. There will be a BBQ set up to make a focal point which will be selling food and drink for after and some climbing may even happen! It shouldn't interrupt your climbing plans other than making you feel guilty for not cleaning and going climbing instead, but that's fine, you can join in for a bit if you're there.

Things will kick off from 10am on Saturday 20th April and Sunday 22nd at the waterfront area beneath the Eagle Boulder where the BBQ will be set up. Some bin bags, gloves etc will be provided but if you could bring your own that would be great. Exact details of what will happen each day will be announced here: TCA Facebook Event and you can sign up to attend there as well.

Let's get Dumby looking how it should! 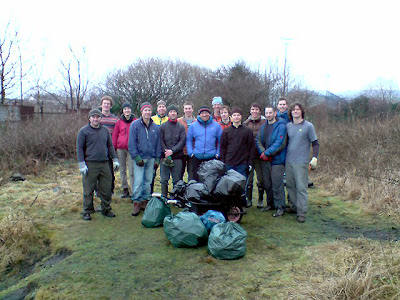