If it's not Broch, Don't Fix It 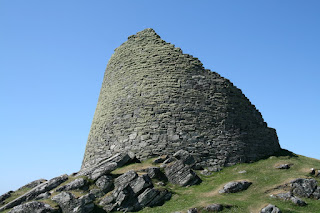 Anyone who has taken the sea road of the Eilean Siar (Western Isles), or skirted the high edges of Caithness and Sutherland, or meandered the archipelagos of Shetland and Orkney, will have noted a peculiar structure, often wore down to its foundational stump like an old tooth - the 'broch'. These blind eyeless towers once stood proud of the landscape on our northern Celtic coastlines (the tallest remaining is the Mousa Broch of Shetland), from around 300 BC through the Iron Age until they were either 'inherited' by invading Vikings and occupied until around AD 1300, or 'unquarried' for walls and other structures. It was the vikings who have given us their modern name from 'Borg' meaning 'fortification', though what they were called by their original architects swims in the deep Celtic well of lost tongues.

It is unlikely, however, they were originally built in response to insecurity. Their frequency, such as in the northern peninsulas of Skye, suggests an element of status and defence against the elements rather than a 'last stand fort' which could have easily been burnt out, starved out or scaled with knife blades. They are famously double-walled, housing a spiral staircase within to access higher galleries and levels. Their 15m or so diameter and up to 10m tall height meant it would have felt a little like living inside a modern day cooling tower, but maybe that was cosy enough in the long winters, with the animals brought in below, the family sleeping above, a fire dwindling in the central hearth and the heat and smoke rising out of the open eye of the thatched-roof oculus. 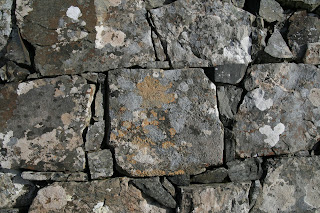 The signature work of the broch architect
So what brought about their rise and decline? No doubt the same as the pattern of the culture of the Rapa Nui  people on Easter Island - the end of resource...

The first opportunity is easy in a land of stone such as northern Scotland. A lithic landscape gave a generous harvest of ready rocks and flagstones for building, a conspicuous flattened knoll (common volcanic features such as the large scale versions of MacLeod's tables in Skye) gave an elevated outlook and standing. A bright spark of an Iron Age architect would have made a lucrative living touring the wealthier families, dispensing 'the knowledge' to a tight degree of accuracy, doubling the wall, inserting the flagstones at regular intervals. At about 6ft height wooden beams could be inserted and a rough inner scaffolding constructed, though effectively the stone scaffolding of the inner wall with its 'steps' would allow a spiral progress to whatever height one desired.

A thatched wooden roof in a weather-resistant 'teepee' style could readily be wedged in at the top. Generations of families would have kept up with the Joneses, in the same manner as the Moai heads of Easter Island grew in stature over 1000 years, until the giants such as Mid Howe, Mousa, Dun Beag, Glenelg and Dun Carloway shouted their presence in a localised landscape of power and influence. Maybe the secrets of their concentric architecture vanished, or maybe the fashion simply changed, but maintaining the floors and beams and roofs would have put a stress on the tiny woods of the islands and barren coasts. Tall trunks and driftwood beams would have become high currency, firewood too would stretch the resource too far.

When the sparse woods of the seaboard diminished, when peat grew faster than wood, when the Vikings jumped onshore, life vanished to humbler areas of less exposed and less luxurious grandiloquence. Downsizing was inevitable... 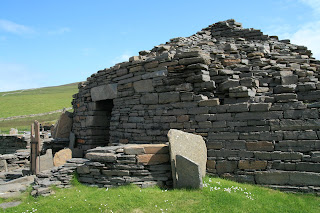 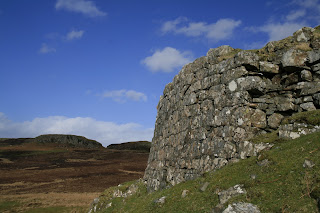 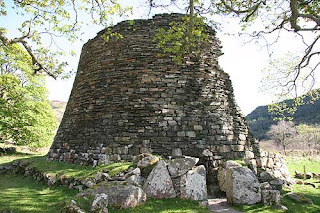 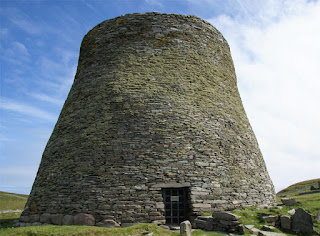 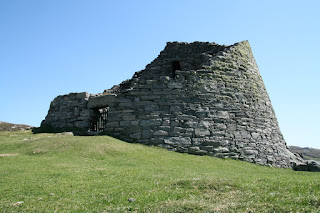 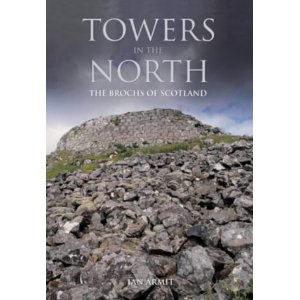