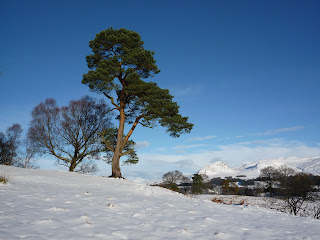 It's happening again. No-one expected last year to so gratuitously confound our winter expectations of this globally warmed era of hair-dryer westerlies and 'freezing level above the summits' forecasts, as though our precious 3000ft arbitration had forever sunk below the flirtation of ice ever again, but it's been panoramically sub-zero for nearly a week! Ad my God, the fickle Eas Anie has been climbed as close to November as I can recall.


Like thousands of others, I grew all goose-bumped as the deeper blue animations sank down from Scandinavia and a stubborn Arctic flow bullied in to the Atlantic seaboard and fought a frontal war with big ciruclar guns called 'high pressure', ranked in battalions like Zulu, but in isobars. I traipsed giddily along the Fhidhleir ridge last Saturday before the snows came in and watched with delight all week as the snows filled the air with prawn crackers (borrowed metaphor, thanks Lee!) and it seems our gullies have their 'classic season' stockings already filled.


A breathless and pecking snow-plod up the Inglis Clark ridge on the Brack  this Sunday saw some testing leg fitness and usual over-optimism - we found the turf insulated, the gear buried and the snow trap-dooring all over the place, but hell, it's early season fever and it looks like a good one. Bring it on! 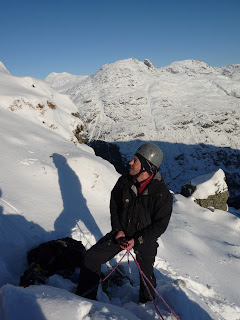 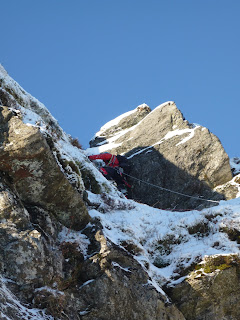