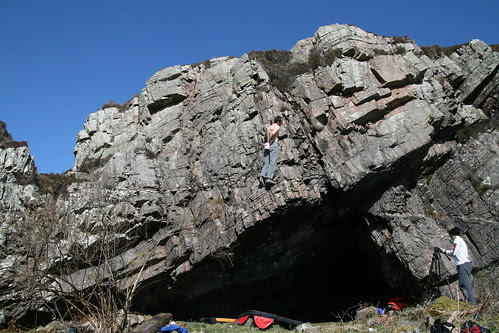 Pete Murray and myself travelled up to meet Dave MacLeod at his '8c' cave in Morar. This secretive and impressive venue took us a while to find, but was obvious once we did - a 50 degree walled quartzite cave with no moss or drips or lichen and a singular line of chalked holds disappearing into the triangular darkness - Dave's 8c project. I pulled on a few holds the first day and tried one or two moves, but the sheer brutality and power required was too much and we let Dave show us his rubric of moves and contortions that allow the cave to be climbed. The 'easiest' lines appear to be butch 7a's and the top level is close to Dave's idea of Nirvana - long power-plays and complex link-up sequences. We bagged some good film and a short interview about the place which will be forthcoming in a new short film from Pete Murray, to go along with a new collection of writing on bouldering from Stone Country. 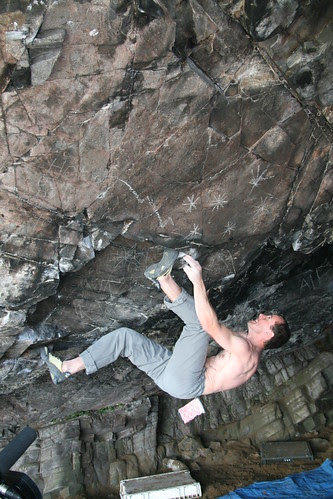