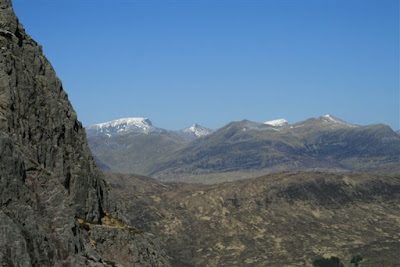 Last of the Snows
Took a jaunt up to the Coe to do a little trad and check the mountain walls. Not surprisingly Slime Wall was still pretty slimy and catching weeps from snow melt, but all the south faces were drying nicely and the Rannoch Wall was reliable as ever, despite the high winds. Angus Murray tried 'Line Up' but went off route on a new variation 'Wind Up' which meanders right from the first belay, which was fun despite the perishing wind. 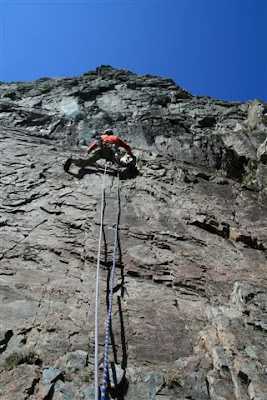 'Wind Up' HVS Rannoch Wall - Angus Murray climbing
Despite the fine weather there was only one other party on the wall - where have all the climbers gone? The Kingy is also a sad shadow of its former glory - the climbers' bar is just a museum of old grizzled heroes on black and white ice, or 80's rock stars in lycra. The 'golden era' is long gone I know but the Glen is surely worth a renaissance from gym-fit rock monsters who onsight 8a - there are plenty of wild new lines in the Coe for those young, fit and brave enough... 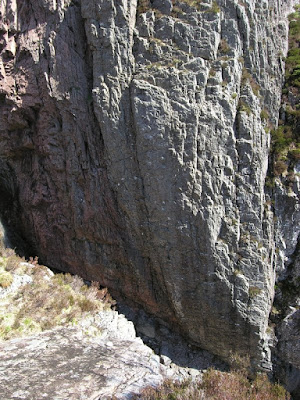