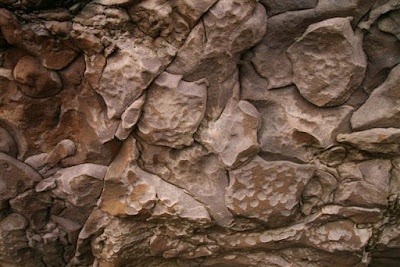 Toscaig Pier Rock
Back from an unseasonably but not surprisingly Arctic spring visit to Tromso in Norway, we trialled a VW camper van in a giant figure of eight round the North West, vainly chasing rumours of sunshine and catching the odd ray on the rock. First stop was the Inchbae blocs, where I managed to pull off some holds on the 'cottage boulder' roof down by the river... providing a good new eliminate from left to right, hard drop-down moves, the true version incomplete as the granite became more and more soapy as I brushed chalk into it and wimped out to a lip sloper. 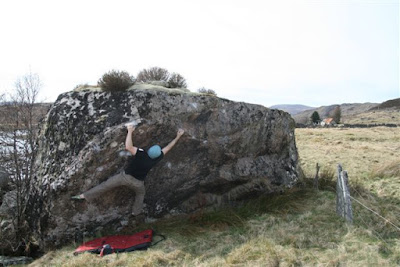 Inchbae Eliminate
Next visit was to be the Keystone up north but we decided to meander back south to Applecross where some fair weather allowed some exploration of new stones and the obligatory visit to Sand Bay Rock Shelter, plagued now by tourists looking for that ridiculously overproduced BBC thing with the chummy bloke with the mad dog (though the Applecross beer 'Reub's Ale' was very fine, I must add). 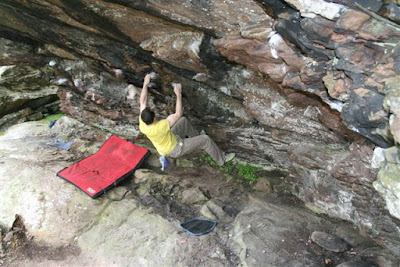 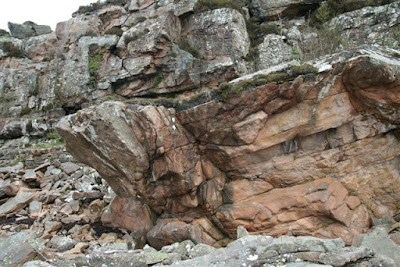 Shore Boulder Applecross
Next day we moved north again but the Torridon weather was cold and windy with the odd gritty shower which stopped any rock fun, so it was back down to Glencoe, where of course it rained on us. I'm sold on the VW though. 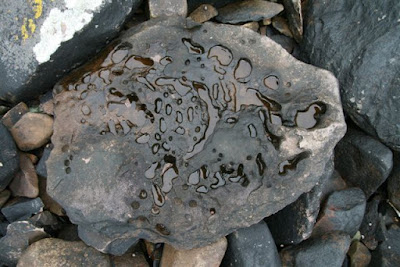